Exploring the Fantastic Realism as a Literary Genre

Fantastic Realism, or Magic Realism, appeared in the early twentieth century and enthralled audiences to this day.

Would you want to learn more about the artistic current, its main characteristics, and the historical context in which it appeared? Check it out below.

What is Fantastic Realism?

Fantastic Realism is an artistic style that manifests itself mainly in literature. However, it is also present in other fields of culture, such as painting and cinema.

As the name implies, Fantastic Realism combines a realistic view of the world with magical elements inserted in everyday settings.

Also known, in Spanish, as Wonderful Realism, the movement began to appear in Latin America during the ’40s, reaching its peak in the ’60s and ’70s.

Intricately linked to the socio-political context, the style profoundly marked Latin American literature, although it did not have the same impact in Brazil.

During dystopian scenarios, Fantastic Realism came to normalize magic as an integral part of life.

Thus, as a sum of fantastic possibilities capable of breaking the melancholy routine, these artistic expressions have to do with how we face life and reality.

Although Fantastic Realism assumes different configurations, in other contexts and through various forms of artistic expression, there are some fundamental characteristics that we can point out.

Some elements of the order of the fantastic are inserted in realistic and everyday scenarios as if they were expected.

These elements are viewed with some naturalness, without causing great surprise, shock, or apprehension.

There is no rational explanation for fantastic events, which are only open to subjective interpretations.
Time is not treated linearly. It can establish connections between the present and the past as if the events echoed among themselves.

It is related to themes or figures that are part of a given location’s common imagination, often integrating their beliefs and myths. 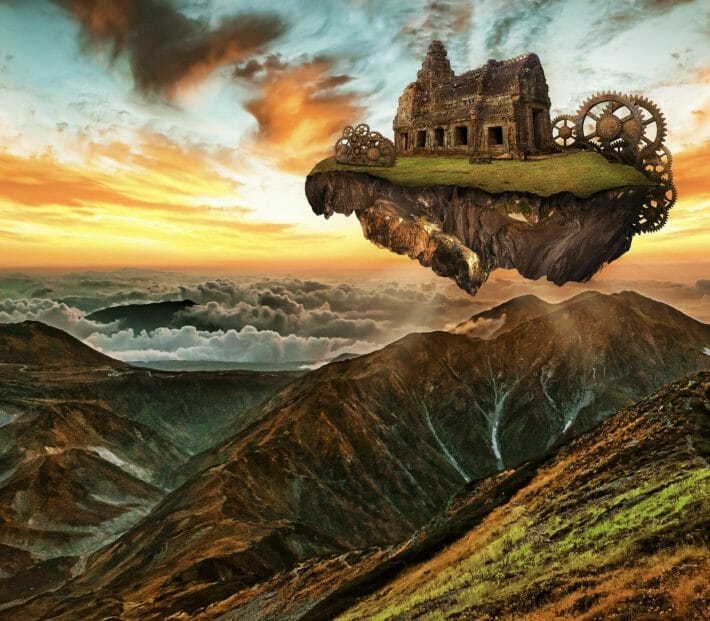 The term “Fantastic Realism” or “Magic Realism” emerged in the early twentieth century, linked to German painting, as we will see later.

In 1949, however, the Cuban writer Alejo Carpentier recovered the term to refer to a trend that was seen in Latin American literature.

Thus, he started to designate a literary school and a fiction style that combined fantasy and Realism.

Seen as a response to the works of European fantastic literature, the artistic current played with the superstitions of Latin America’s peoples, reproducing their myths and legends.

In fact, the most banal object or event could represent a place of transition between reality and fantasy.

For all these reasons, Magic Realism focuses on the stylistic aspect of writing, dealing with emotions and the senses, and maintaining a verisimilitude cover over the most unusual events.

Over time, the literary current spread throughout the world, influencing the works of great European writers such as Franz Kafka and Milan Kundera.

A Hundred Years of Solitude: most significant work of Fantastic Realism
Among the names that stand out in Fantastic Realism, the Colombian Gabriel García Márquez is undoubtedly one of the most celebrated.

A Hundred Years of Solitude.

The book “A Hundred Years of Solitude,” published in 1967, is considered one of the most outstanding books in Hispanic literature and the maximum exponent of “Magic Realism.” 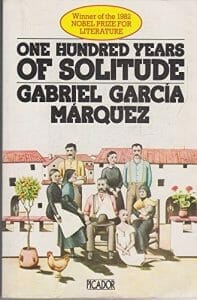 The narrative follows in the footsteps of seven generations of the Buendía family. They live in a fictional village called Macondo. The first generation to show is from a couple: José Arcadio Buendía and Úrsula Iguarán, a woman who lives over 115 years and witnesses the paths of all her descendants.

Her look allows for a cyclical notion of time, establishing relationships of similarity between members of several generations. The characters share the same name, but different psychological characteristics.

It was no accident that the countries of Latin America were increasingly attracted by magical narratives.

From the 1950s onwards, these peoples faced a difficult historical moment, with several nations oppressed by dictatorial regimes.

This was the case in Guatemala, Paraguay, Argentina, Brazil, Peru, Uruguay, and Chile. During a time of fear and repression, this literature emerged as an answer, a form of reaction.

Perhaps because of this, the style is the picture of hope. It also offers the reader a merry and magical way of life. Fantastic Realism gives the impression that something extraordinary can happen at any time and change everything.

The Rise of Magical Realism in Visual Arts

How to Write a Fantasy Book

2 Reviews for Fantastic Realism as a Literary Genre

Enable Notifications    OK No thanks